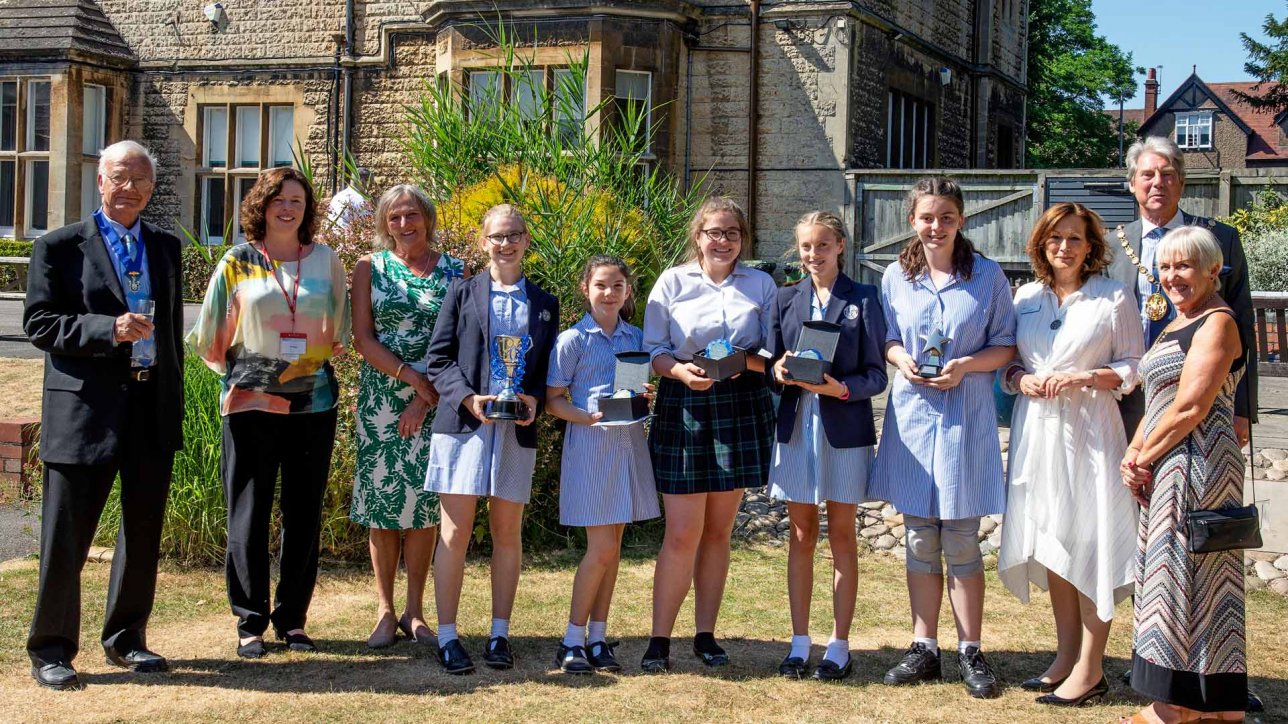 Ms Jones, who has worked for over 25 years supporting people and organisations to develop in challenging environments, spoke passionately about self-belief, grace under pressure and everyday ‘superheroes’ and ‘super powers’, asking the hall of students, parents and staff to think about what their powers are and how they can be used to make a positive contribution.

Ms Jones shared humorous and exciting stories from her long career, which has included working as director of a leprosy hospital at the age of 22, working for Greenpeace, Action Aid, the United Nations and the NHS.

After her speech, Ms Jones presented individual awards for performance and progress and a special Kingsley Rose Award for girls who exemplify the spirit and ethos of the school in their attitude, conduct and behaviour towards staff and fellow pupils.