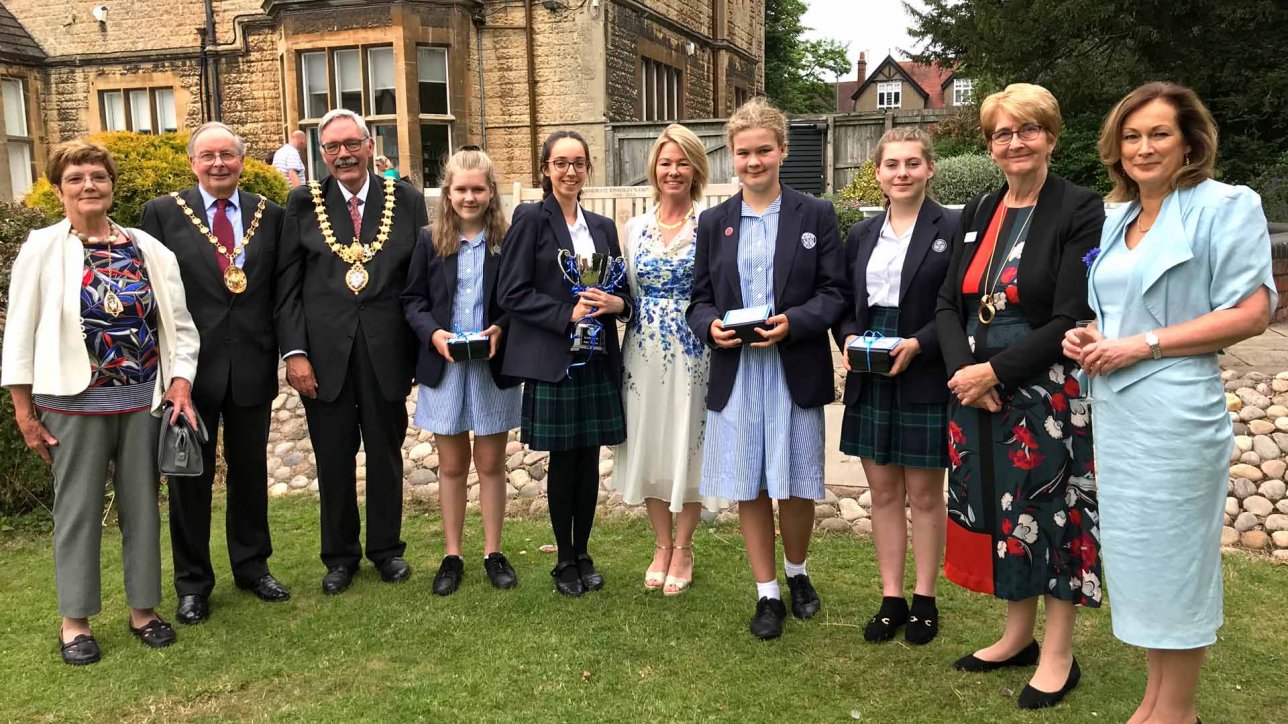 The Kingsley School was delighted to welcome Mrs Rachael Westgarth, CEO of Round Square, as guest speaker for its annual Summer Prize Giving ceremony on Wednesday 10th July 2019.

To mark the school’s 135th birthday, the ceremony, celebrating the many successes of students in Years 5 to 10, was held at The Royal Spa Centre. Mrs Westgarth, who leads the Round Square international network of schools in 40 countries on five continents, spoke passionately about challenge, diversity, self-discovery and being ‘the right kind of different’. She gave an open and honest account of her own experiences at school, explaining that she struggled with mathematics and was always the last person to be chosen for sports teams. Despite this, she went on to earn a place at, and successfully graduate from, Oxford University, and her current fitness partner is Daniel Craig’s stunt double in the upcoming James Bond film. She urged students not to be defined by choices and, quoting the American poet, singer, memoirist and civil rights activist, Maya Angelou, she said, “Pursue the things you love doing, and then do them so well that people can’t take their eyes off you.”

After her speech, Mrs Westgarth presented individual awards for performance and progress and a special ‘Kingsley Rose Award’ for girls who exemplify the spirit and ethos of the school in their attitude, conduct and behaviour towards staff and fellow pupils. This year’s winners are: Sophie Cousins (Year 7, from Kenilworth), Hannah Davenport (Year 8, from Stratford-upon-Avon), Emily Bell (Year 9, Leamington Spa) and Lorenza Chapman (Year 10, from Warwick).

The Prize Giving event was also attended by Chairman of Warwick District Council, Councillor George Illingworth, and his consort, and the Mayor of Leamington, Bill Gifford.